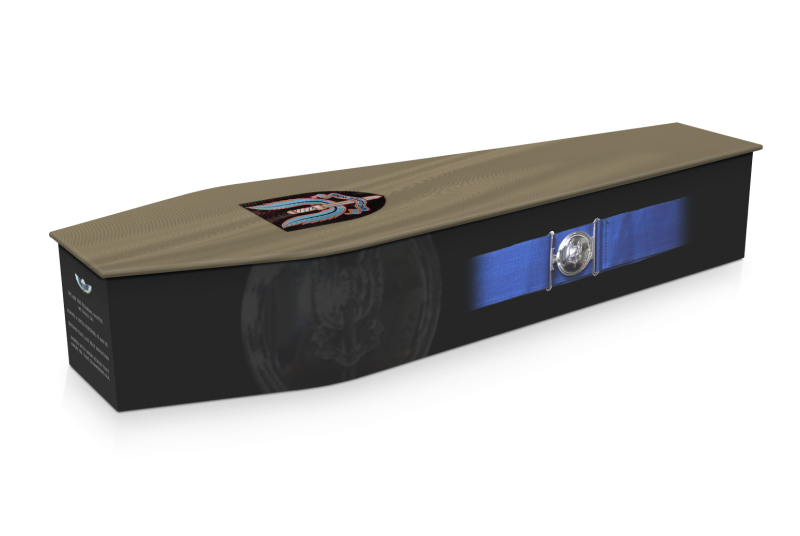 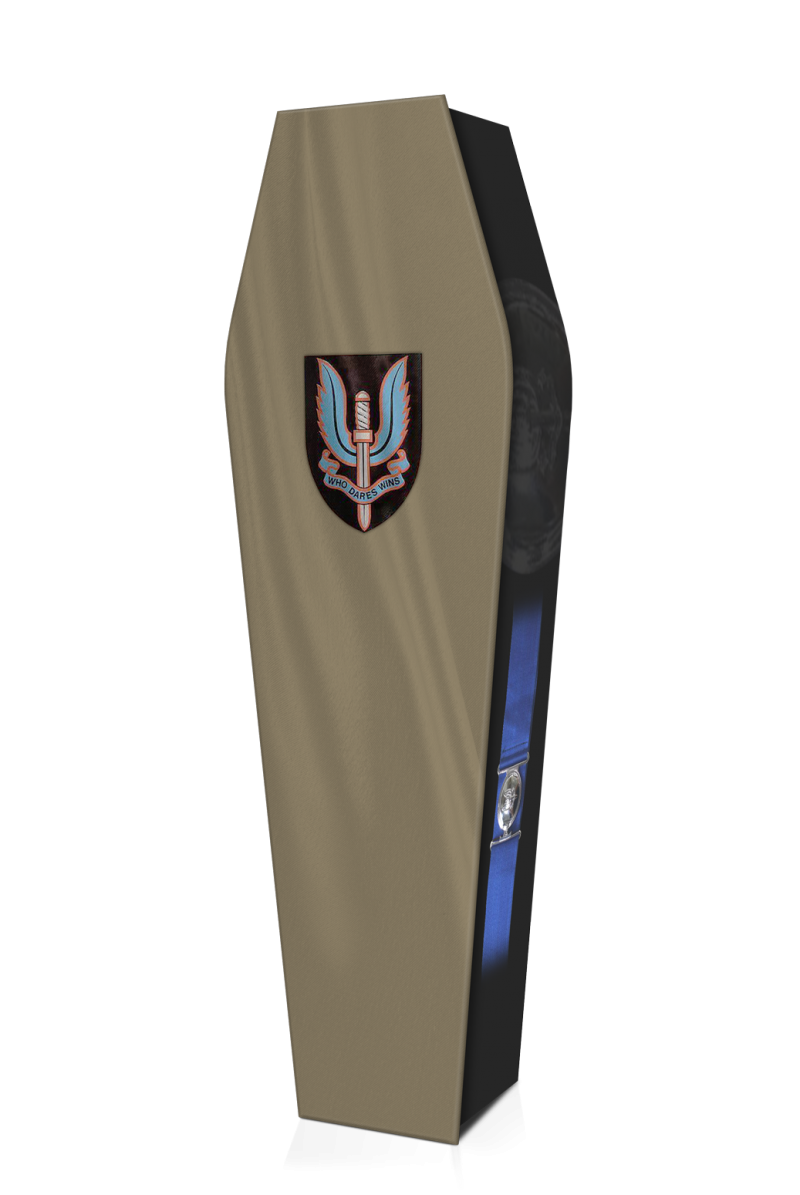 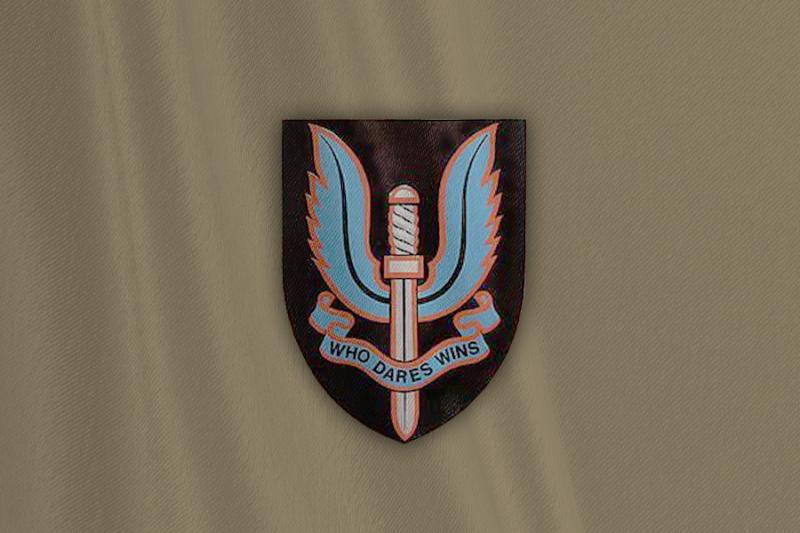 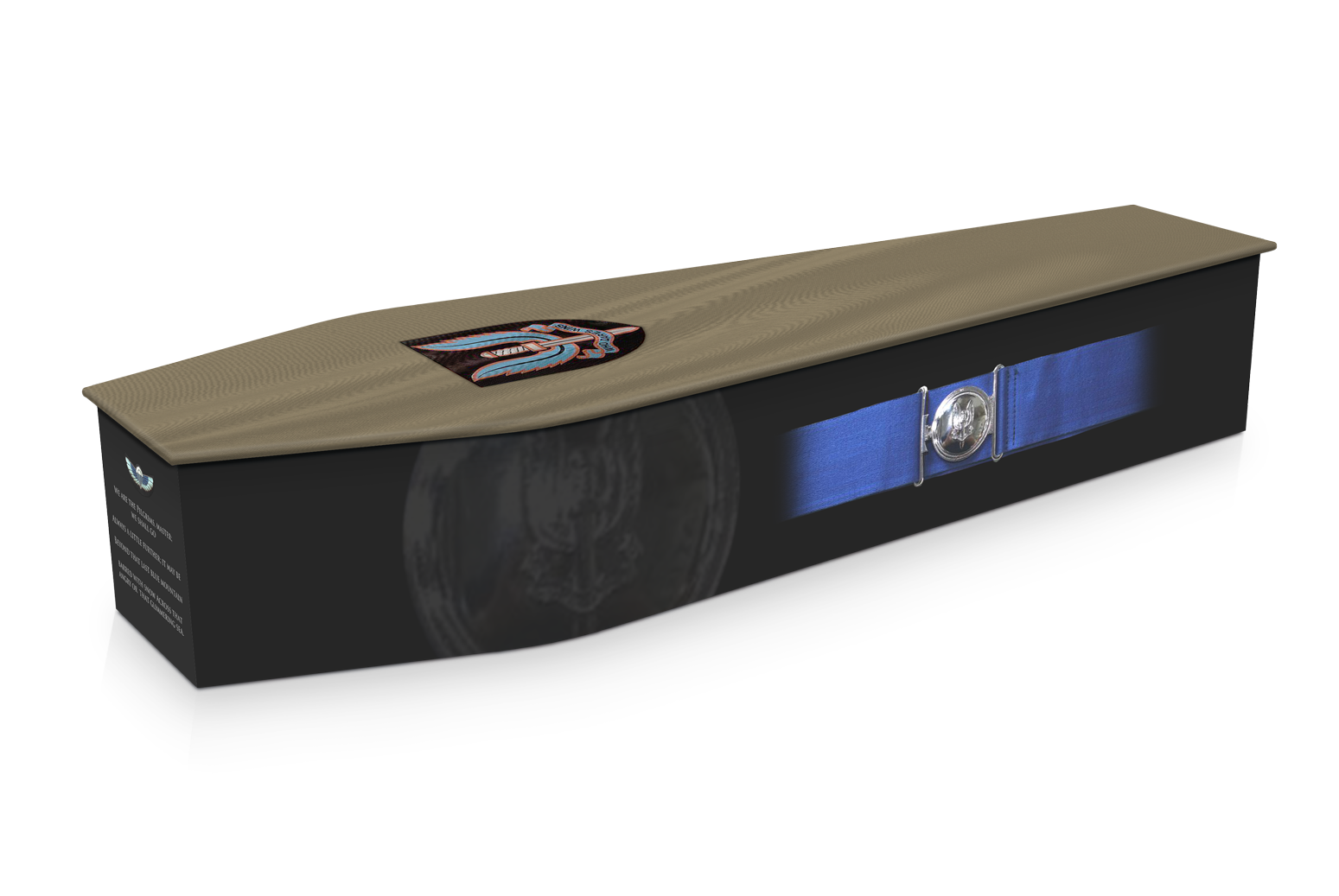 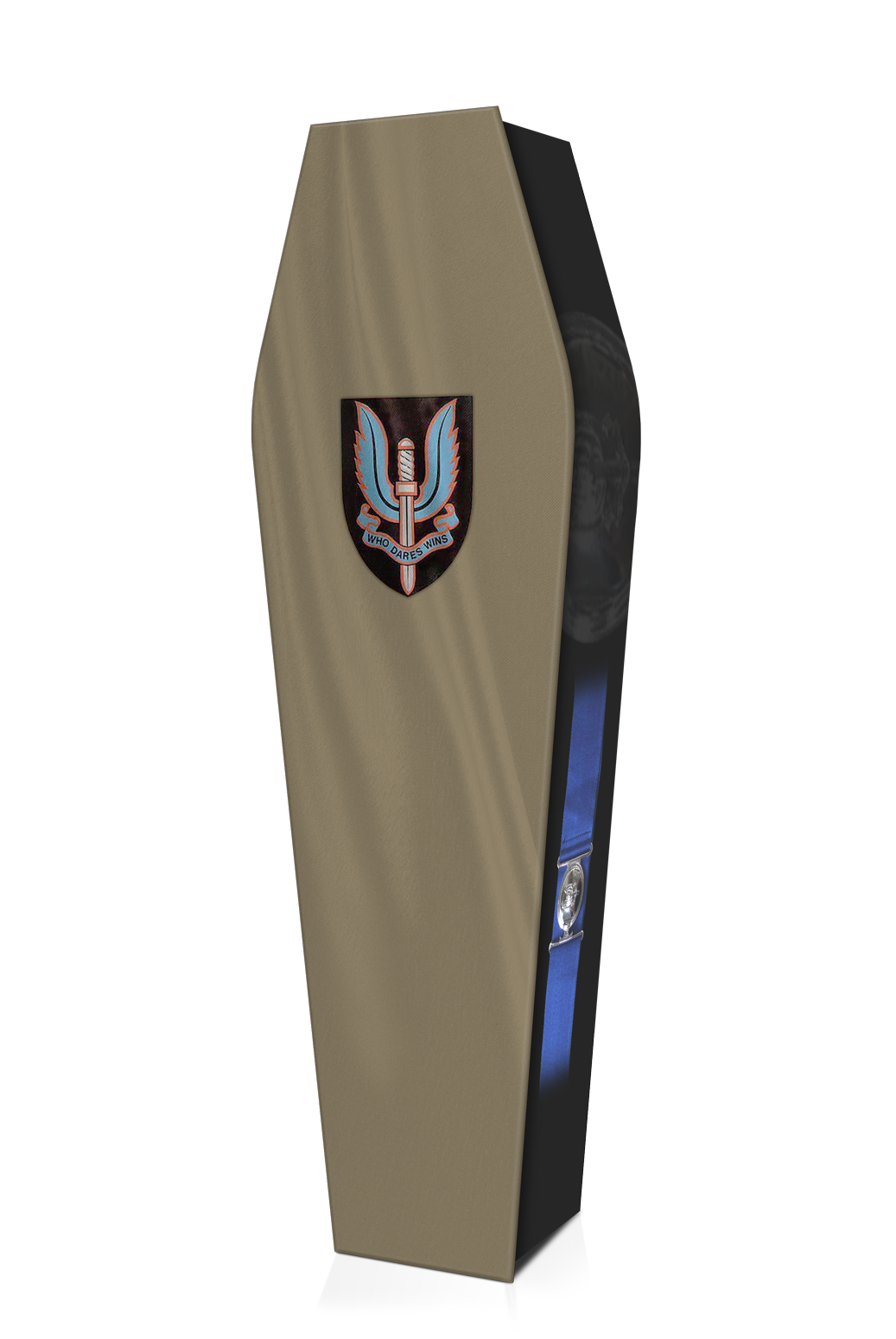 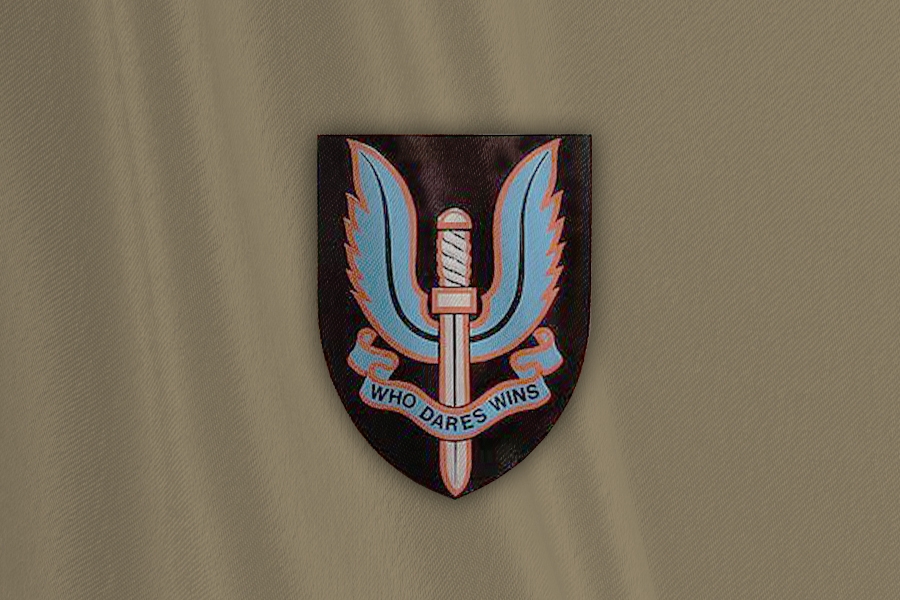 The New Zealand Special Air Service Expression Coffin commemorates the services provided by New Zealand’s most elite military personnel. It features the iconic cap badge, belt, cloth badge and is inscribed with James Elroy Flecker’s verse ‘We are the Pilgrams’.

The New Zealand Special Air Service, abbreviated as the NZSAS, was formed on 7 July 1955 and is the special forces unit of the New Zealand Army, closely modelled on the British Special Air Service (SAS). It traces its origins to the Second World War and the famous Long Range Desert Group that a number of New Zealanders served with. The New Zealand Government states that NZSAS is the “premier combat unit of the New Zealand Defence Force” and it has been operationally deployed to a variety of locations, including the jungles of South-East Asia, the Pacific region and Afghanistan. As a result of their efforts, individual members of the NZSAS have received a variety of honours and awards, including the Victoria Cross for New Zealand awarded to Corporal Willie Apiata. In 2004, the unit was awarded the United States Presidential Unit Citation as a result of their contributions in Afghanistan.

This picture coffin is beautifully handmade by our master craftsmen and wrapped in a photographic quality image, using the latest technology. The richness of colour and vibrance of this Expression Coffin is truly stunning.

Each of our Expression Coffins is available with a matching ashes urn.

Expression ashes urns are handcrafted to complement each coffin design, they are both beautiful art pieces and functional ashes containers. The felt covered urn base is simply removed for insertion of the ashes container inside. The external sizes of the urns are: W32cm x H15cm x D22cm. Contact us for more information. 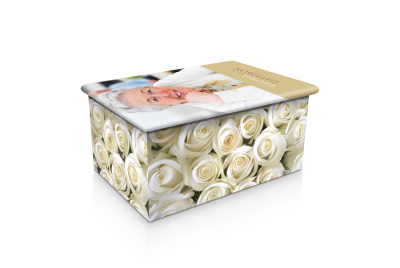 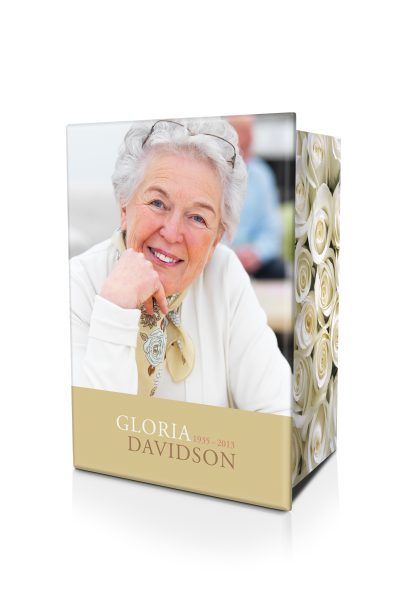 We offset our use of natural materials by operating our Memorial Tree Program. When you purchase one of our coffins, a memorial tree will be planted on your behalf.

The tree will be planted by the Men of the Trees society, who are a non-profit, non-political group dedicated to the reforestation, maintenance and protection of trees in Australia. Your funeral director will supply you with a certificate explaining the Memorial Tree Program.

Share this with family and friends
Not sure about something?
See our FAQs 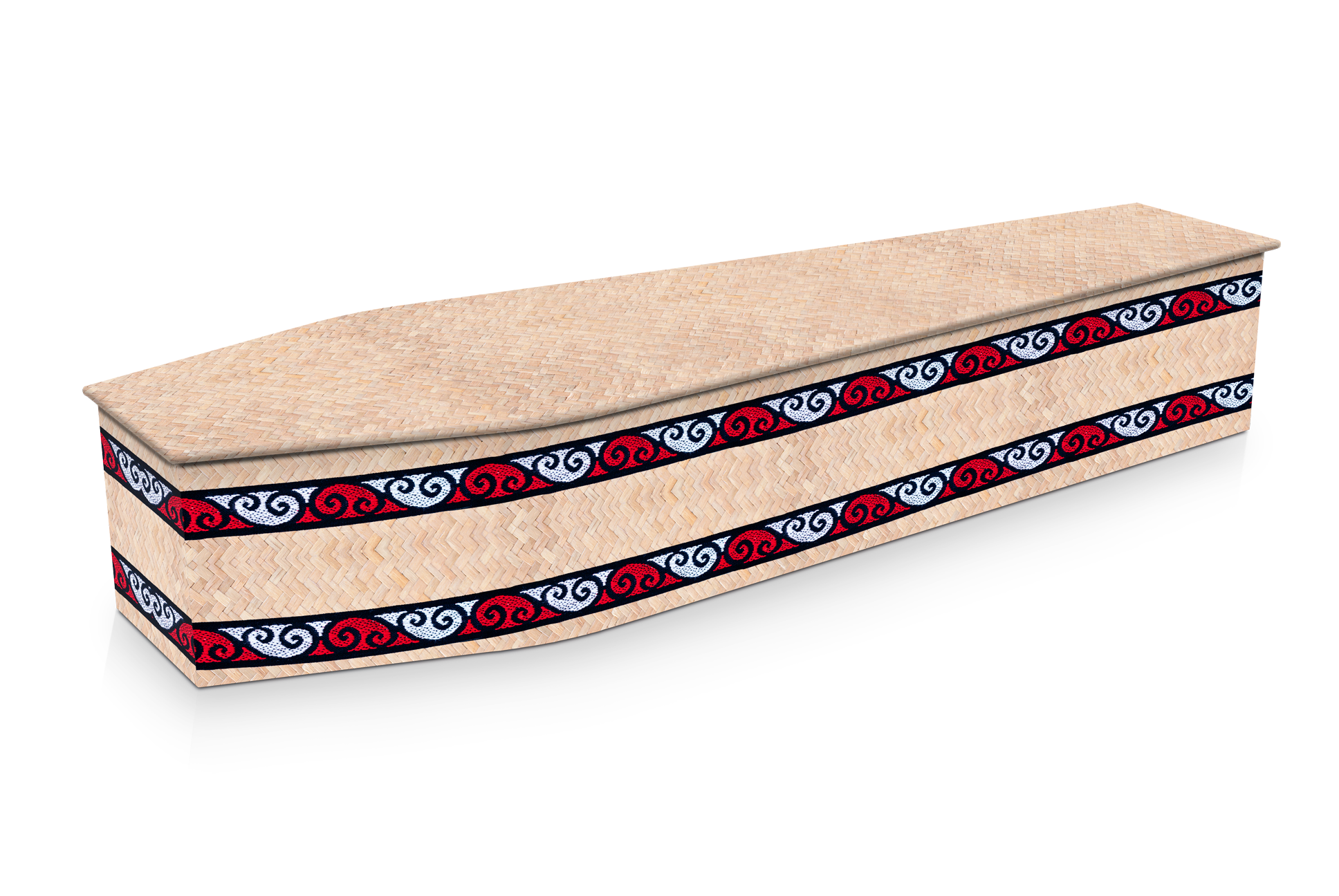 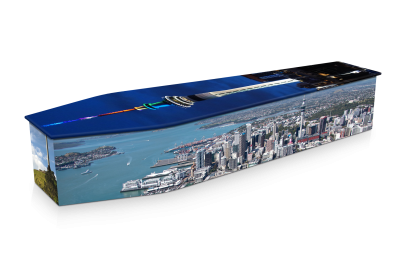 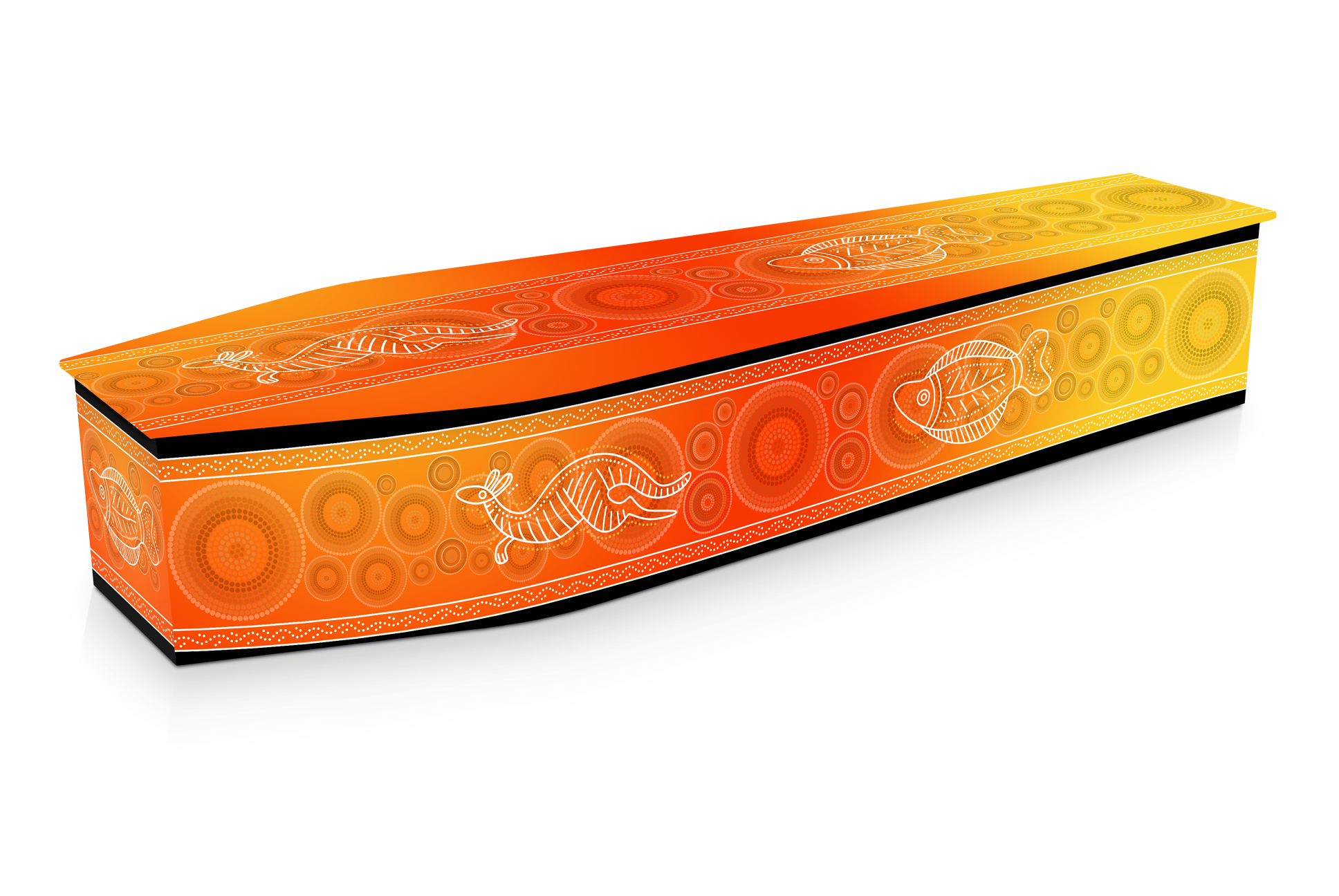 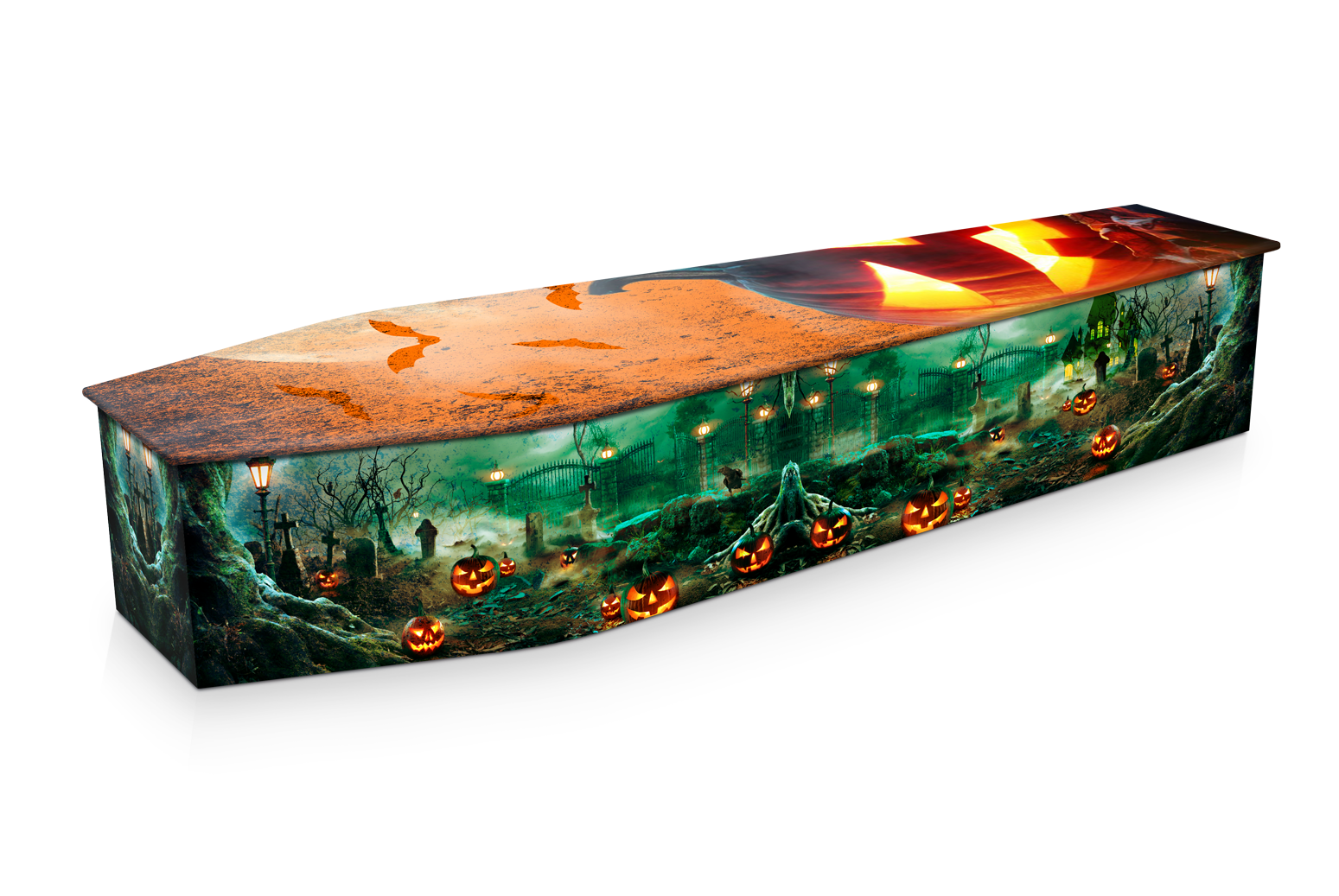 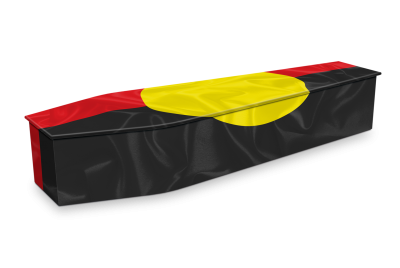 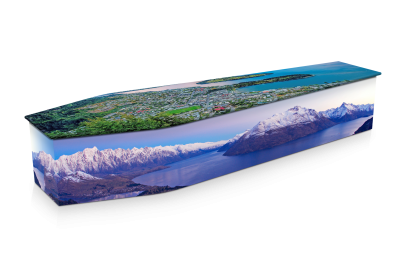 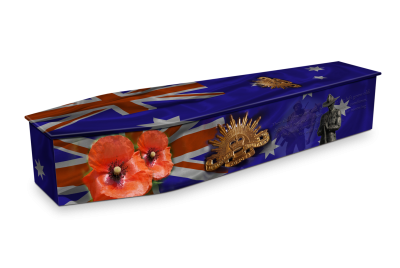 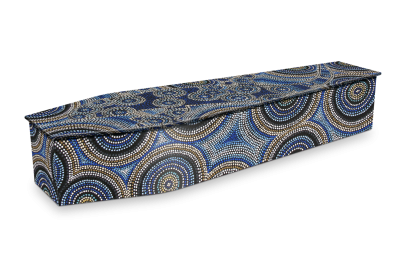 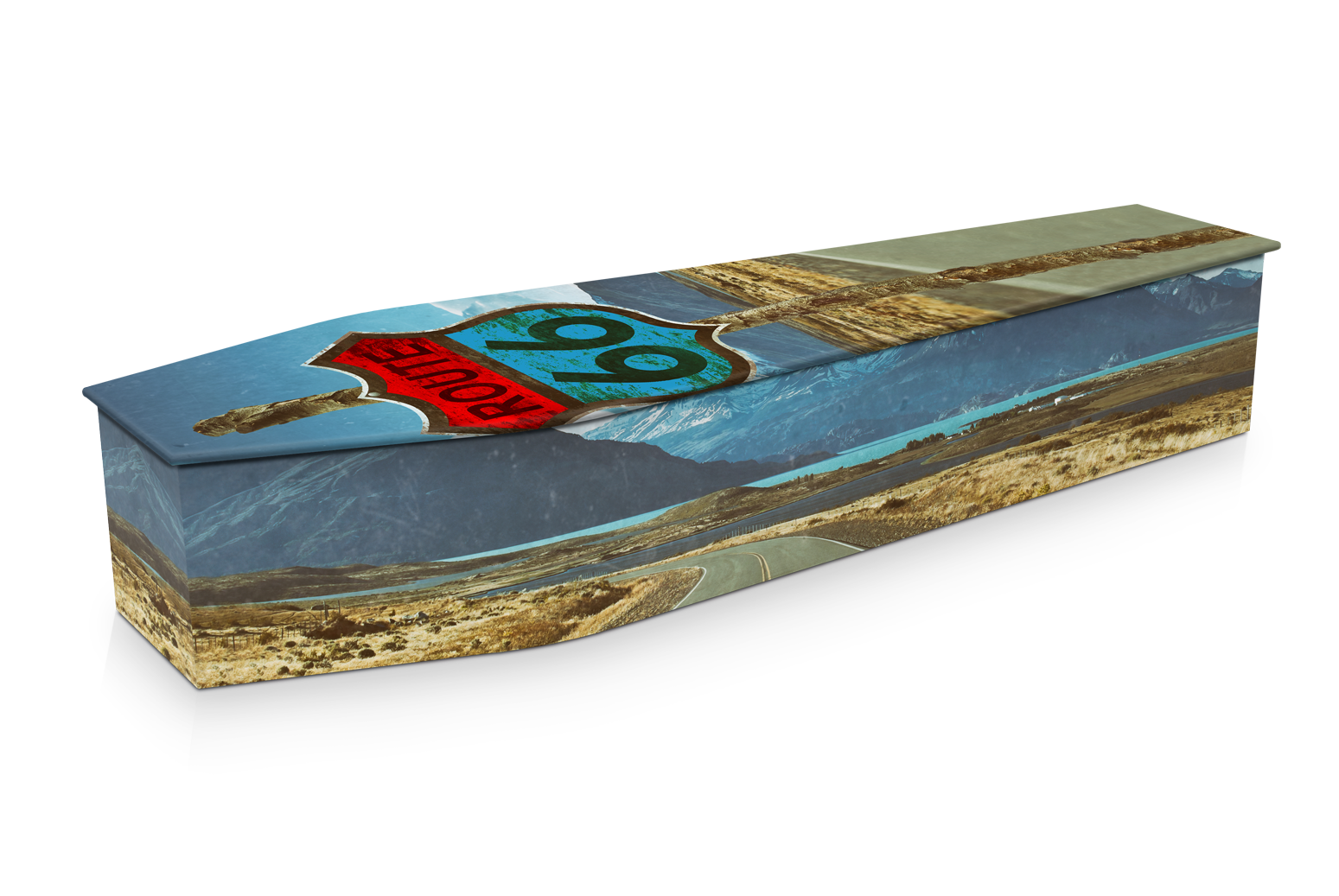 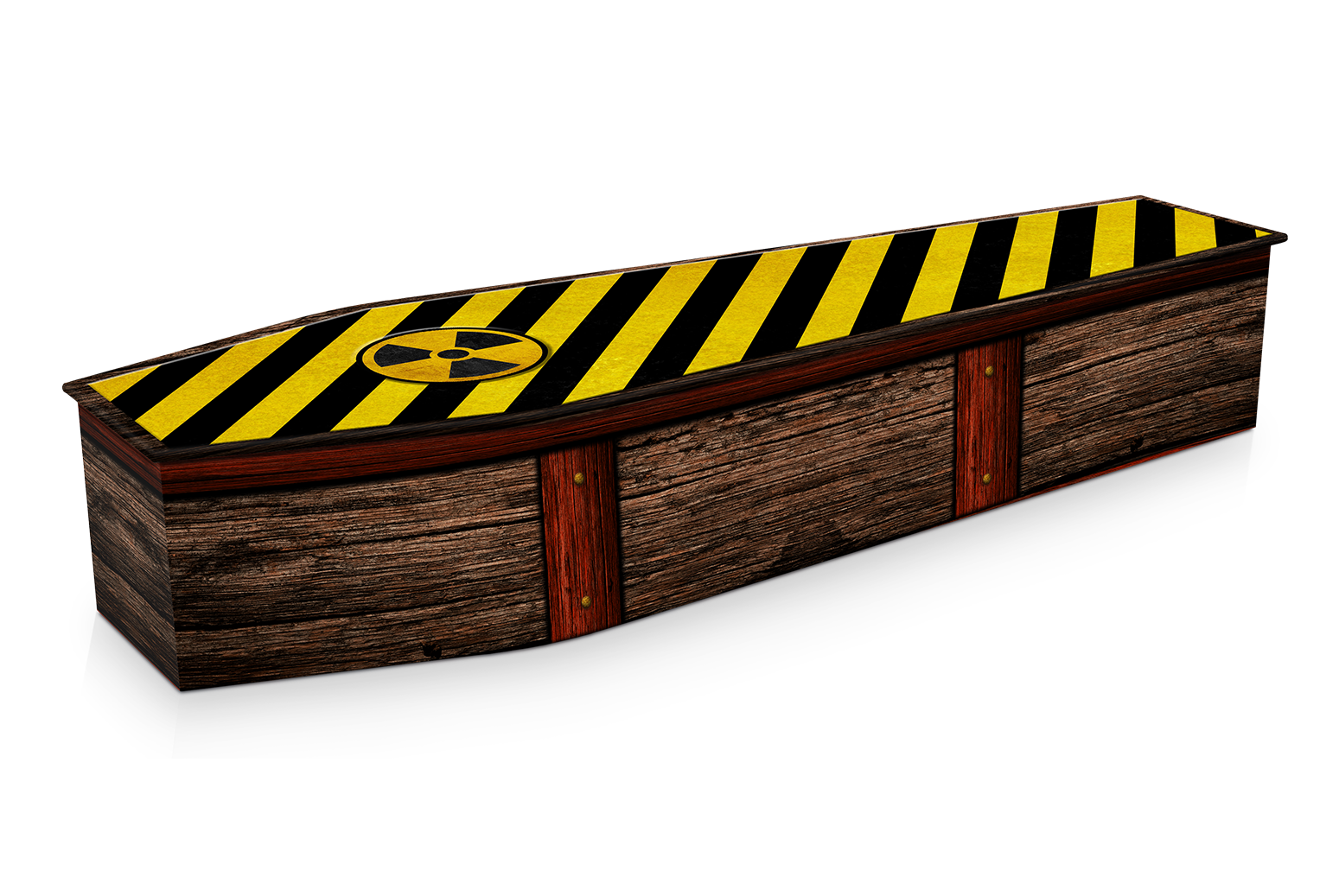 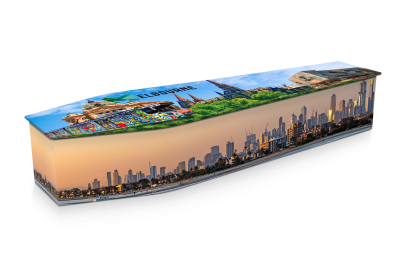 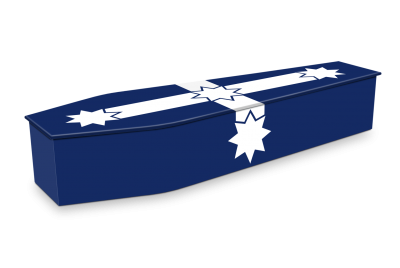 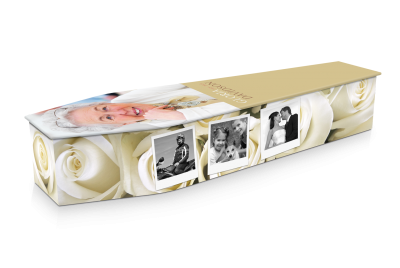 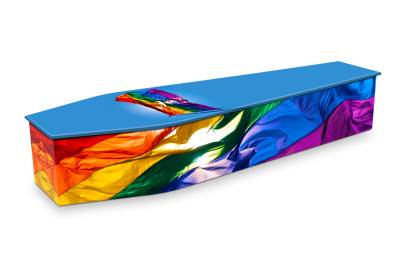 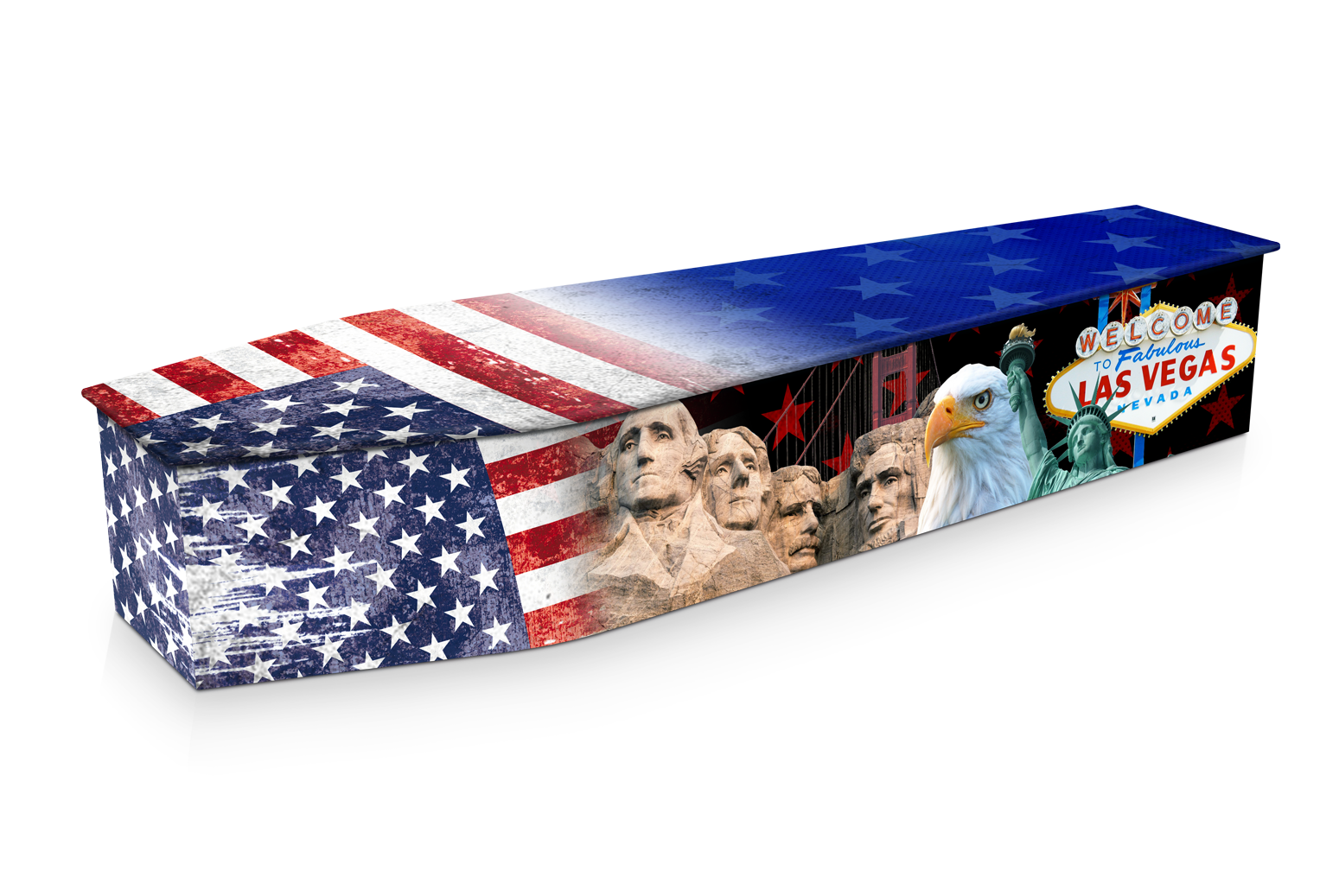 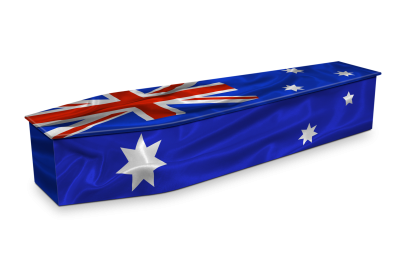 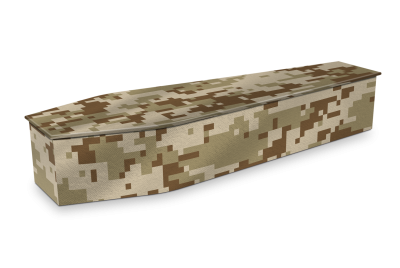 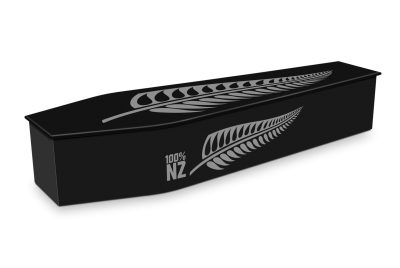 didn't find a suitable design? design your own